I’m in the position of having to take on a lot more of the household duties, as well as take care of my wife, as she recovers from her surgery.

It’s a small but notable reminder to me of the awesome responsibility we take on when we choose to form families.

Even when we don’t have kids in our relationships, committing to another human for life (theoretically, at least…Lord knows plenty of people don’t take that as seriously as they should when they trade vows), that commitment extends to caring for that person.

It could be a month after the wedding that one of you gets hit by a bus and you or your beloved might have to be changing the undergarments for a quadriplegic spouse. Or if you live to a ripe old age, one of you might be hale and hearty while the other one suffers chronic illnesses and needs to be taken care of.

Bring in children and it only gets more complicated. In lean times, it’s one thing not to have health insurance for myself, to not visit the dentist, or to eat ramen noodles and rice-and-beans for a week or two. But I can’t do that to my child.

Love is a sweet little word, but I wonder how many of us really consider the responsibilities that go with love. It isn’t just about affection and sex. It’s not just about a theoretically lifetime companion. It isn’t just about making “little versions of us.” It’s about work. Much of that work is just keeping the relationships healthy and always evolving in a mature fashion.

But sometimes it means taking care of that other person, and not asking or expecting praise for it. Not complaining about it. Not feeling put-upon. In fact, it means feeling a sense of pride and compassion and satisfaction at being there and making that person’s life better.

Certain people are inherently in positions of great power, even if they don’t realize it or have become so accustomed to it that they don’t think about it anymore.

Certainly, physicians are among that crowd, and are on my mind as I sit in a waiting room at the local hospital. They hold, quite literally, our lives in their hands even with the simplest surgical procedures, and so there is often a serious imbalance in power, wherein the patient feels like he or she cannot ask questions or challenge the regular protocols.

But I have been reminded today of how people who seemingly have less power still can make situations uncomfortable for those in vulnerable positions. Because ironically, it was the physicians who were the more empathetic this morning and talked down a bad situation filled with anxiety.

It was the nursing staff, however, that sparked some of the initial flames. Because in having an anxious patient, who wanted many details and wanted to be treated as a human being, they reacted badly to that, and adopted a dismissive and off-putting attitude.

I was, at one point, tempted to shout, “We can hear you clearly, we know you’re talking about us, and your attitude leaves a lot to be desired.”

But I didn’t, and the physicians came in to talk and explain and humanize things, and other, subsequent nursing personnel, apparently having had enough coffee and prior warning, were very cordial and flexible.

I don’t say any of this to slam nursing professionals, but rather to point out that at all levels of an organization or process, we might be in a position of power over someone, even if they aren’t wearing a gown that shows off their ass and reduces them to a an almost childlike level.

Regardless, we need to remain aware of those situations in which we have power, and be prepared to use it responsibly. It’s hard sometimes, but necessary, as it can make all the difference in the life of someone near us, whether they are close to us or not; whether we know it will make a difference or not. 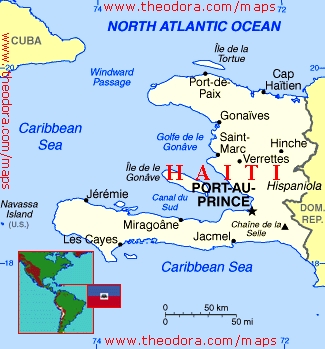 So Mrs. Blue and I go to a diner for breakfast this morning. An old boxcar diner, where there isn’t much distance between you and the other folks, and you get quite the cross-section of humanity dispersed among 10 or so rotating stools.

At the end of the boxcar, Man A says, “So, how much are we sending to Haiti now to help them?”

Man B: “Hundred million, I guess.”

This logic just floored me, on several levels.

First off, what aid was Haiti, one of the poorest nations on Earth, going to give us after terrrorists took down the World Trade Center twin towers? They don’t have money. Oh, maybe they could send in their vast numbers of med-evac helicopters and transport injured New Yorkers to their top-notch Haitian medical facilities?

Second, how exactly can we scoff at their current tragedy and try to even compare it to 9/11? Less than 5,000 people, if I recall, died in that terrorist attack. This earthquake took out more than ten times that number of people in Haiti. The 9/11 attack happened in a nation with great emergency response, and while there was dust and other ill effects for months thereafter, at least we didn’t have to worry about dead bodies rotting in the streets all across the city because there were not enough people or infrastructure to cart them away.

Haitians, already forced to live in poverty thanks to how we and other nations have butt-fucked them for years, including we here in the U.S. propping up corrupt regimes there, now have the threat of disease on top of everything else, and the stench of death literally hanging in the air.

I’m not saying that we can help the entire world, but it seems like we have all sorts of willingness to, say, help out nice looking Asiatic folks when a typhoon or tsunami strikes, because we might vacation there one day. But no one vacations in Haiti.

And we throw open the doors for white or very pale tanned Cubans when they make it to our shores, but we turn the Haitians away and make them row back sometimes in their own rickety boats.

Let’s let 50,000 dead go untended, and leave the multitude of others, injured or perhaps close to death themselves, just be damned because they aren’t pretty enough for us. Because they’re too poor to be bothered with.

Or maybe because you’re stupid enough to believe Pat Robertson when he tells you their suffering is because of  pact with the devil made centuries ago to free themselves from the French. No matter that Pat totally got his history wrong and didn’t even know who was controlling them. No matter that it essentially suggests that one of the most successful slave revolts in history couldn’t possibly have succeeded with the help of Satan because they’re just a bunch of stupid Negros and always have been.

Yeah, let’s dehumanize them some more.

Not only are they trash, but they’re also just this side of being demons, right?

If that’s what you believe, and if you can turn a blind eye to suffering so close to our own borders, in a nation we messed up (and in very recent history, I might add), then shame on you. Because you don’t have the love of anyone in your heart, then, certainly not the light of Jesus.

After they prayed, the place where they were meeting was shaken. And they were all filled with the Holy Spirit and spoke the word of God boldly. All the believers were one in heart and mind. No one claimed that any of his possessions was his own, but they shared everything they had. With great power the apostles continued to testify to the resurrection of the Lord Jesus, and much grace was upon them all. There were no needy persons among them. For from time to time those who owned lands or houses sold them, brought the money from the sales and put it at the apostles’ feet, and it was distributed to anyone as he had need. Joseph, a Levite from Cyprus, whom the apostles called Barnabas (which means Son of Encouragement), old a field he owned and brought the money and put it at the apostles’ feet. (Acts of the Apostles, Chapter 4, verses 31-37, New International Version)

I would like every Christian fundamentalist who goes on and on about the evils of social service programs, the peril of socialized medicine and the like to read the above passage and then kindly, shut the hell up.

And yet, two things are so abudantly clear.

First, churches are generally unable, and often unwilling, to help at the kind of levels needed to ensure that families have healthcare and other basic necessities when they can’t afford them (and who can these days?). Individual Christians, too, often the very ones who spout the rhetoric I just exemplified above, also don’t provide the necessary levels of support to do these things.

Second, these are often the very same Christians who have no problem with our tax dollars being spent to wage war on nations for no particularly good reason, and to occupy them for years after the original conflict has ended. These are often also the people who call upon government to craft laws in line with the Bible.

Because, you know, government should enforce God’s will when it’s punitive or to rein in our behaviors, but Heaven forbid that it should get involved with the more important Christian principles of mercy, love, comfort and help.