So, I try to occasionally go that extra mile so that my daughter can get some kind of tangible evidence I love her, since I don’t know if the mere expression of love through kind behaviors, hugs and tucking her in every night is quite enough for her. One day in fall 2011, she was being a bit persnickety about eating lunch, so I tried to dial into creative skills other than my writing and editing skills, since I was pretty sure a well-worded note about eating lunch wasn’t gonna cut it.

So, I made her this lunch: 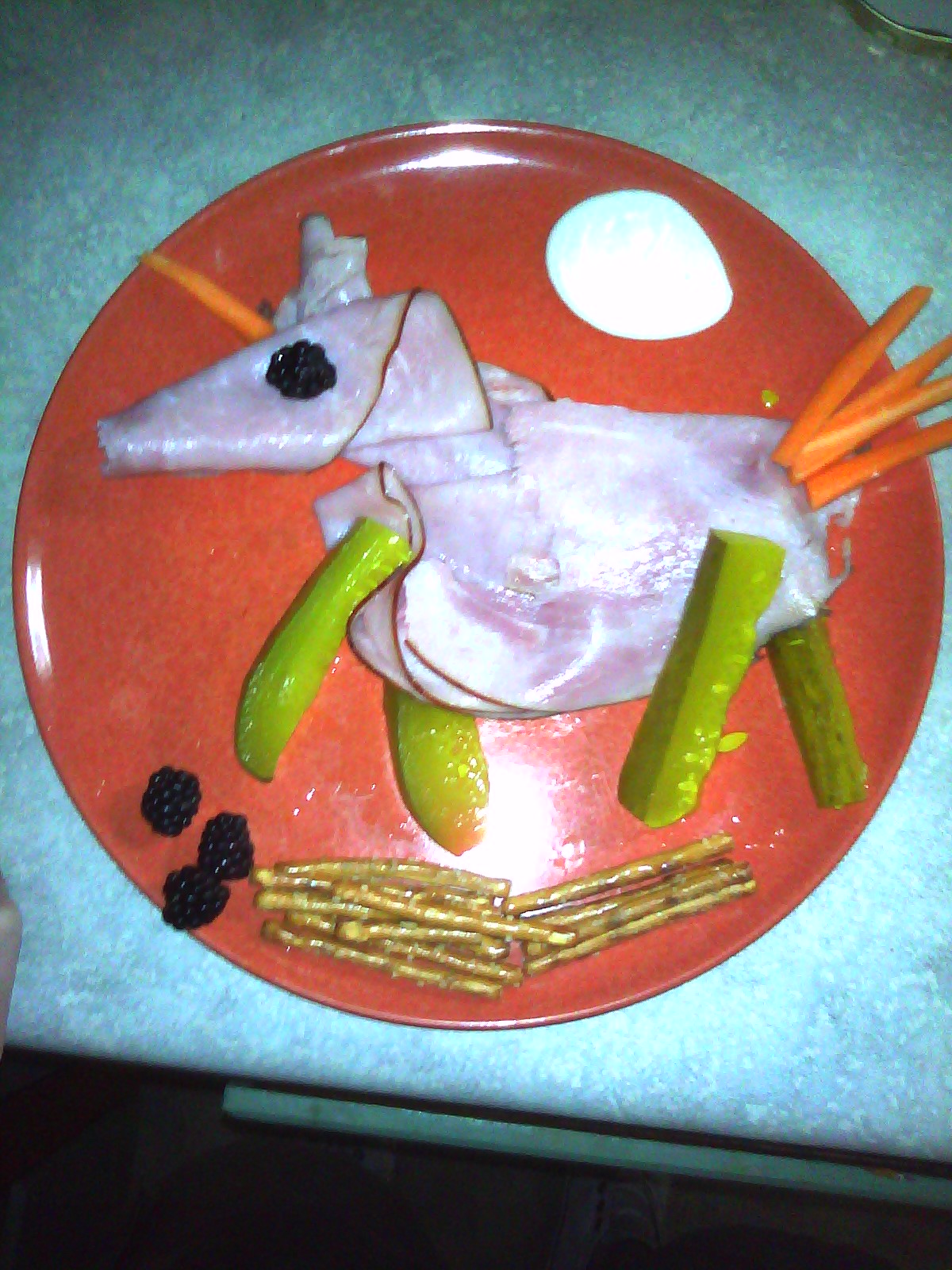 That, folks, is a hamicorn, and a tasty example of the species, I’m sure. A body and head of ham, with horn and tail of carrot julienne, legs of dill pickle and eyes of blackberry, traipsing under a full moon of ranch dressing across a field of pretzel sticks and blackberries (those ones aren’t eyes…that would just be *gross*…as well as suggest the hamicorn had just used its horn to pluck out the eyeballs of rival hamicorns…jeez, how do you people get such sick thoughts in your head?)

She loved this lunch. So much so that I was inspired (nay, compelled and forced, rather!) to do similar visually stunning lunches for several days thereafter, and periodically over the course of several more months. Occasionally, she remembers this meal and entices me to do something similarly ambitious again.

Sadly, though, none have matched the creativity of this effort (though copying prior meals seems not to matter to my little goddess…devouring one hamicorn to sate her divine and ravenous hunger was enough, apparently).