One could argue that my first published work was in fifth grade, at the age of 10 or 11. Of course, it was only five or six pages long and there was only one copy. However, it was a gripping vampire yarn and it had a readership of my four closest friends at the time.

In actuality, my first professional publication was at the age of 17, when I had an article published in the role-playing game magazine Dragon, which had a sizable national distribution—Dungeons & Dragons and many other role-playing games having been quite popular at the time. I also won creative writing honors in county-wide competitions during high school (and no, it wasn’t some little-populated rural county…I grew up in Silicon Valley).

I attended Northwestern University, in what is one of the top-rated journalism programs in the United States (the Medill School of Journalism). I earned a bachelor’s degree, and then immediately went on to earn a master’s degree in the magazine publishing program that Medill offered.

From there, I went into mostly magazine-based work, primarily trade publications and association publications (in other words, nothing you’d find on the newstands). Most of my writing and editing has had some connection to healthcare, medicine, pharmaceuticals and environmental health/safety issues. I also have written extensively on issues related to management and business (particularly project management and high-tech business), information technology and social issues.

In addition to writing and editing, I have done newsletter design/launch work; communications consulting for non-profit organizations;  publication layout work as well as design and layout of pamphlets, brochures, invitations and other communications materials; and grant-writing work.

In the years from earning my postgraduate degree until about 2002, most of my work was based in offices, either at a magazine, custom publishing house, or association or corporate entity. Since 2002, I have been mostly self-employed, working on a freelance or contract basis for a variety of publications and organizations. 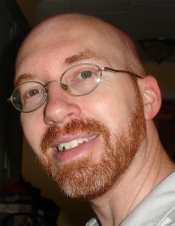 A more resume-like account of my skills, experience and education is below:

Most of my work in the new millennium has been on a freelance or contract basis, and I also did freelance work pre-2002 on a sporadic basis while holding down office-based jobs. Here’s a sampling of my freelance/contract work:

Site/Forum Administration and Consulting/Content (and some design work)