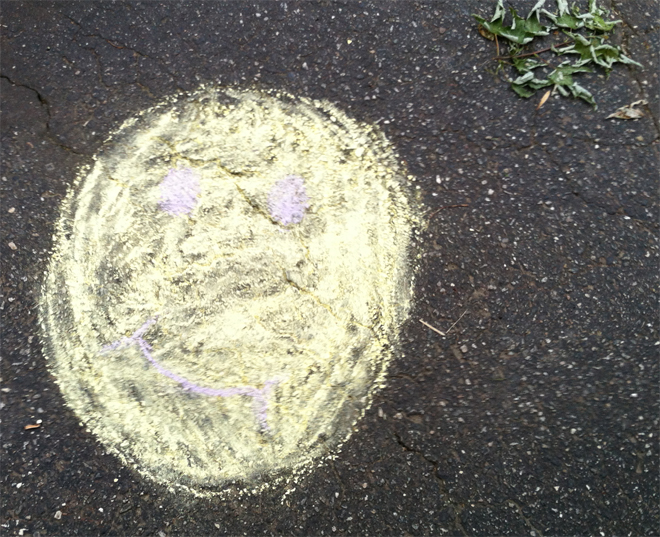 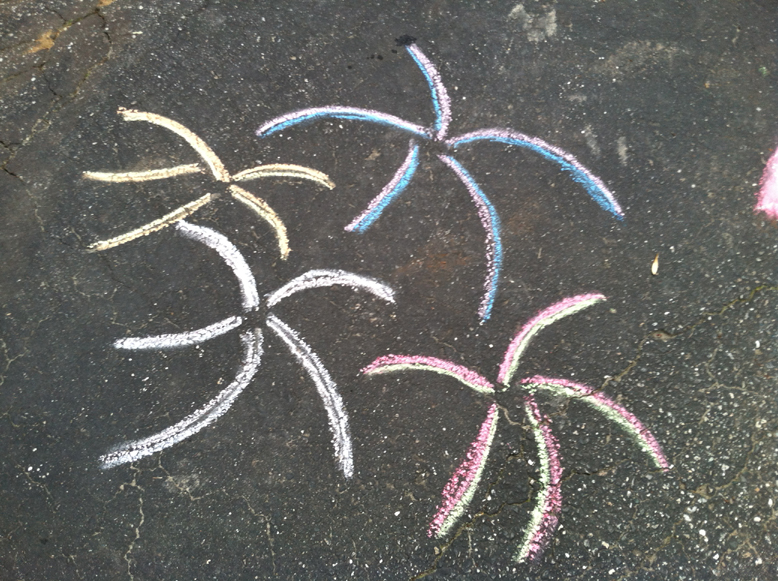 Much fiction writing going on, and more to do. So, for a less stressful and easy post for “Raising the Goddess” this fine Friday, a still life of fruit (in watercolor) by the little goddess, painted a couple days ago: 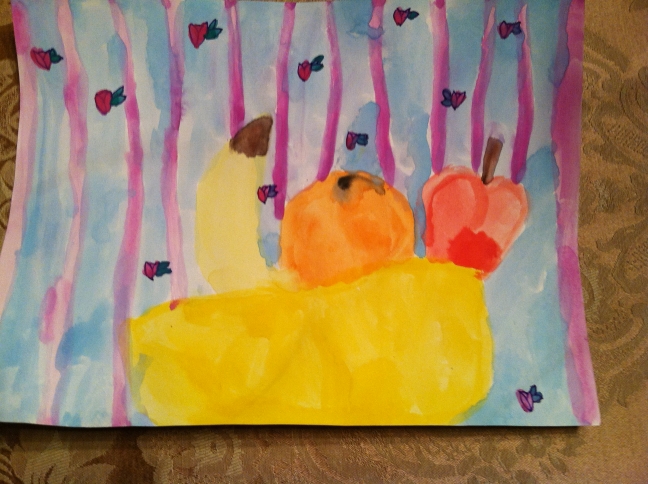 I’ve shared the little goddess’ drawings here before (and will again) … because they’re downright awesome baby! … and her mom and I encourage her to do more of that because we want to see her develop the skills she’s best at. However, she insists on doing craft projects, even though they usually result in strange, impractical and sometimes utterly useless items that often end up taking up valuable space in an already cluttered couple of rooms (her playroom and her bedroom).

I don’t dissuade her from crafting, because I know she likes it and she should be able to have variety, but I’ve been very honest with her that it isn’t her strength and we should always spend more time on the things we’re good at and can get even better at if we keep doing it.

So, we end up with things like the binoculars made of two toilet paper tubes and some clear plastic, even though she already has a working pair of toy binoculars that actually magnify things! … and we get the duct-tape golf club and duct-tape golf ball (which, while it was actually surprisingly well executed on the structural side, doesn’t work very well when played with) … outfits made of leftover fabric that she tries to hold together with scotch tape or staples (major structural fail there!) … houses made of boxes taped together and not much else done to make them house-like … her attempt to make a cardboard ice-ray gun, which she was going to fill with water and put in the freezer until I explained basic physics and the volatile relationship between water and paper products … and we get toilet paper roll squids that look kinda cool, actually, but she keeps making bunches of them thinking she’ll be able to sell them this summer … awkward-looking duct-tape cell phones and laptops, even though she has one of my old cell phones that still has music and game apps on it and tons of toy ones already … cardboard jewelry she also thinks she’ll be able to sell (even though she has beading stuff that would make better jewelry and owns several real pieces of jewelry already) … well, you get the idea, right?

But I have to admit that the pair of toilet paper tube and patterned-duct-tape cribs she made for a little doll a friend gave her and that friend’s more or less matching doll are kind of inspired and well-crafted:

You can’t see in this picture, but she also incorporated four little cardboard legs, which are held steady and given more stability by a patch of duct tape (barely visible on the bottom right corner) underneath them.

I’m still gonna keep steering her toward the drawing thing, though…

I know I’ve alluded to it before, but the little goddess is really getting into drawing. She’s always had a love of painting (paper, rocks, shells, her one male baby doll Bubba) and she loves to craft things (though she still needs to learn that tape cannot stick everything together)…but the drawing is something different. She’s done it as long as any of her other art, but this is the medium which she has begun to pursue most diligently and with the greatest success.

I don’t know how to compare her artistic skills to other kids in the 7- to 8-year realm. I know many of her reading and writing skills (though not all) are already a year or two above her grade level, but drawing is trickier to gauge. But why compare against any standard anyway, right? She’s a damned goddess.

Anyway, the detail of her drawings, including the vampire cat people that I will have to share with you all one day, is amazing to me. One of the things she most seems to like drawing, though, is food (ironic, given how picky an eater she is). Given that I have a headache right now and have to do a phone meeting later, I’m going to pass on heavy thinking or attempts to be fantastically witty today and just skip to the cute: 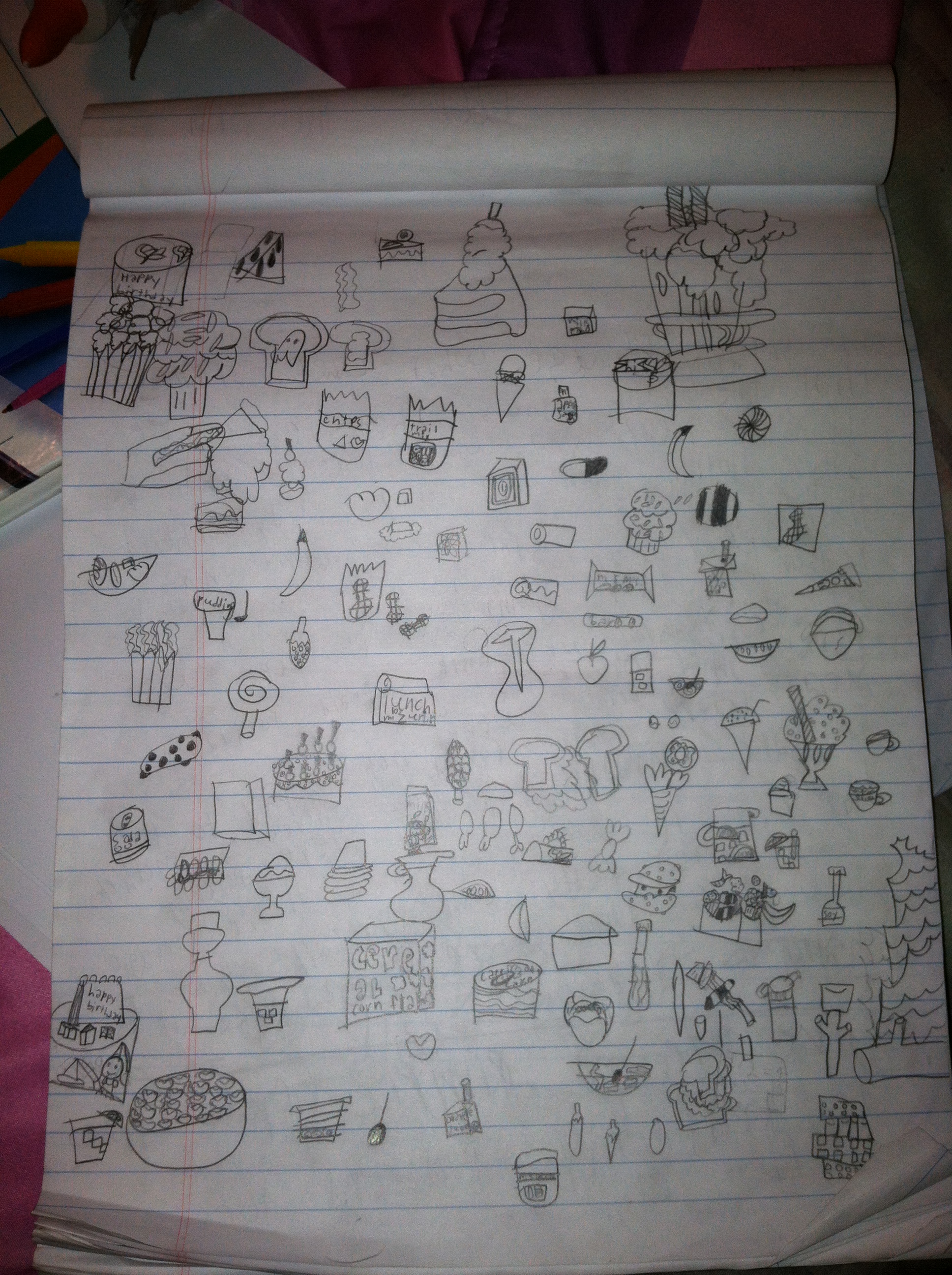 But she’s not just a foodie illustrator. So here are a few more that aren’t food focused (though she still slips edibles in there, doesn’t she?) before I let you go back to your real life… 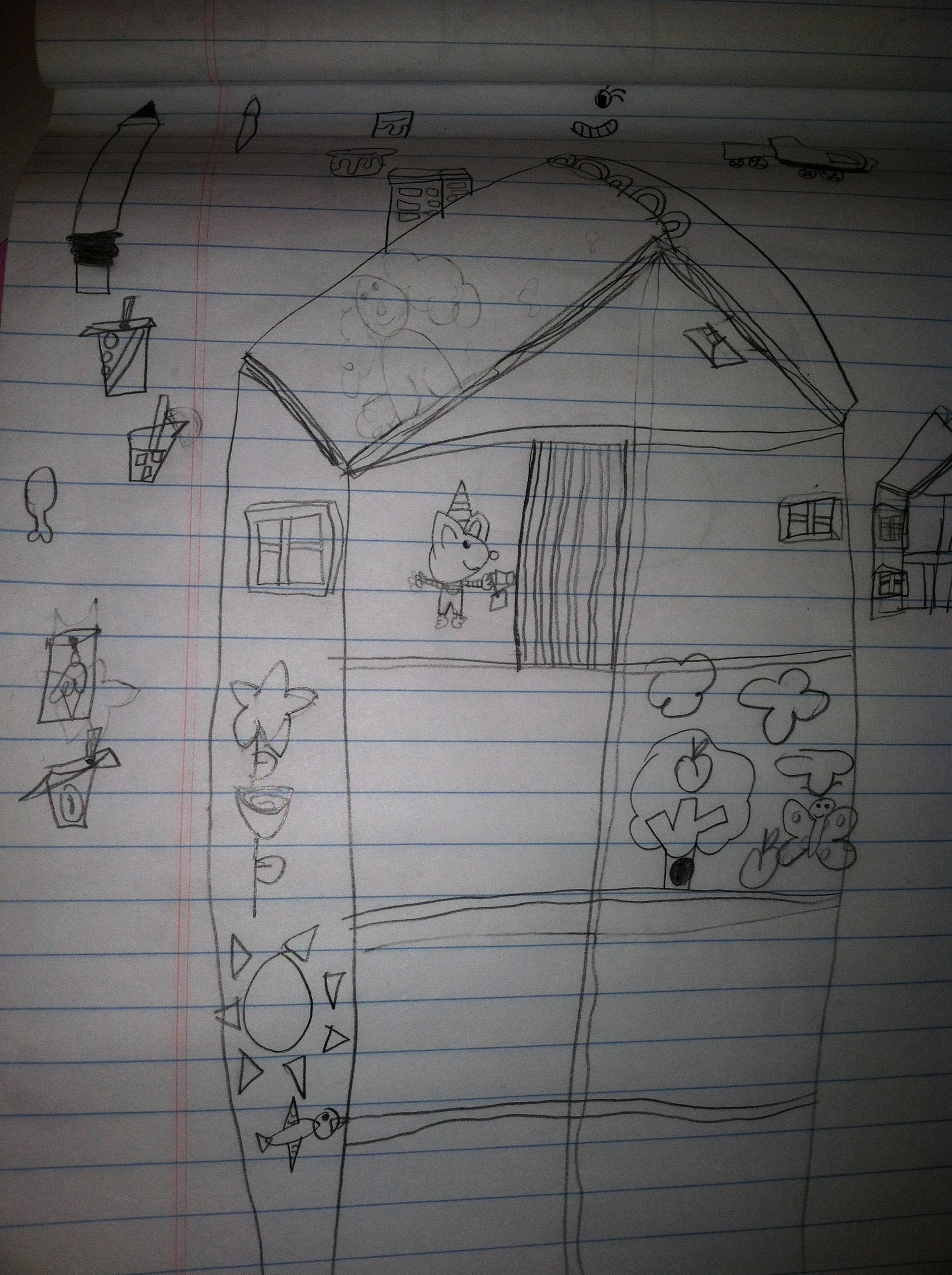 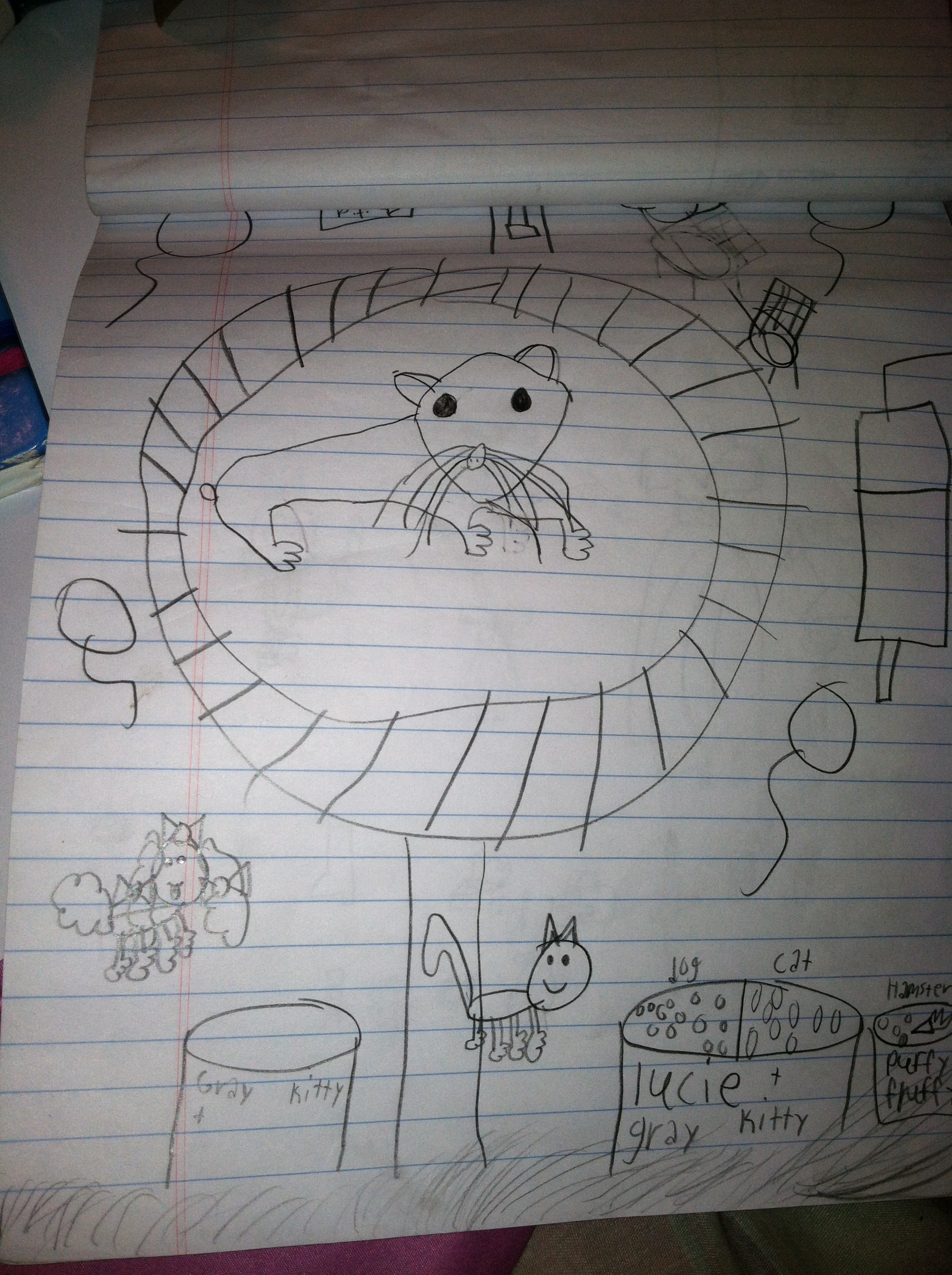 I want food; I want it now
I don’t care what; I’ll eat a cow
I’d drink fig
I would eat a live pig

Sing, sing to babe
You’ll be happy;
In your dreams, you can ride a wave

You sketch and write;
When you’re done what a beautiful sight