Before I begin ranting, let me wish you a sincere “Happy Earth Day” (even though it will probably be over by the time you read this). Here’s hoping you are  environmentally responsible in some area (hopefully, more than one area) of your life.

For many people, Earth Day is a time to reflect on being better stewards of resources, reducing our environmental footprint, cleaning up trash, and other responsible acts and desires. For people like Rush Limbaugh, it’s a time claim that environmentalists are like terrorists who are going to ruin the planet because the most important thing for the planet is rampant consumption and the pursuit of wealth.

Clearly, that’s what evolution and/or God had in mind.

For my daughter, however, today means this: 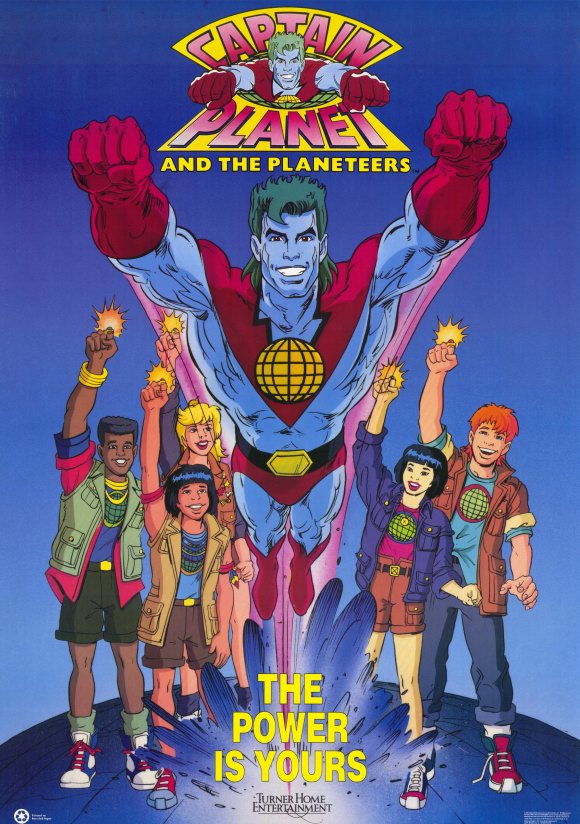 That’s because The Cartoon Network’s Boomerang channel on cable runs a “Captain Planet” marathon every Earth Day. And given that I’ve never been able to find the series on DVD or streaming at Netflix, this is the only day of the year the show is on during a time my little goddess daughter is awake and home to watch.

That’s cool, she likes the show. I support this. However, while there’s a lot of merit in her loving the show for its positive messages, I do feel obliged to point out some issues I have:

Freaking green-haired, mullet-wearing hippie with no get up and go…