In case you’re wondering whether my daughter realizes she has a powerful personality, the ability to get what she wants down the road in life (and often now, too) and understands what it means to be named after a goddess? 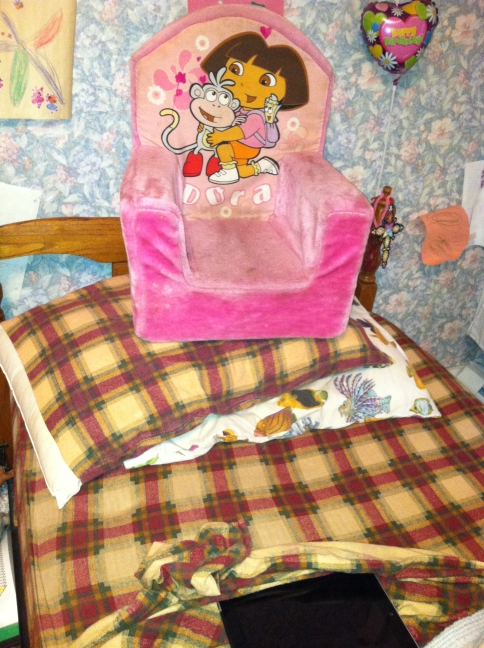 That’s an iPad in the foreground. (Don’t be jealous or think the little girl is *too* pampered…I got it as a Christmas gift from my employers a few years ago and it’s strictly first-generation iPad tech. I can’t even update the operating system anymore.)

Weekend mornings and the short time between breakfast and going to school, she will often watch Netflix in bed on the iPad to get in her favorite shows. Does she lay down to do this? No. Sit with her back to the wall/headboard and hold the iPad in her lap? No.

She places the cooshy Dora chair she’s had since probably three years old (and she’s almost 8 now) on top of her two bed pillows, and she sets the iPad down, gets seated, and watches it from high above in her seat.

Or, I think you all realize by now, her throne.